Colombia’s empanada sits proudly on our top 10 list of essential Colombian foods (link) and is arguably the most popular and inescapable food on the nation’s streets. For those with lighter wallets and in need of a quick snack, the empanada is a perfect and delicious way to get through the day. 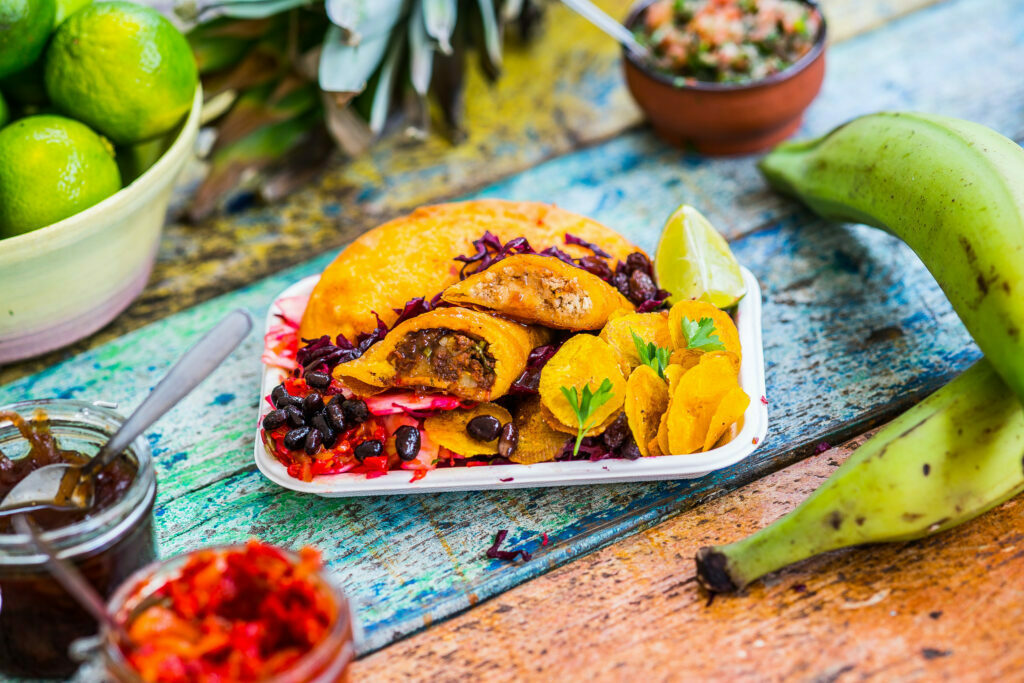 Colombians coolly lean against street stalls with empanadas in hand watching the world go by at most hours of the day throughout the country. A first bite into the snack’s hard exterior allows you to then pour in chili sauce through the resulting hole. Each crunching bit that follows acts as the consistent percussion to the soundtrack of a walk through Colombia’s busiest streets.

The term empanada literally translates to «wrapped in bread,” a particularly broad definition which has created an endless list of local recipes across Latin America. The ease in which a basic empanada can be made makes it a cheap and versatile food; it can be stuffed with almost anything and sold almost anywhere. For this reason, its use can range from a cheap hit for a yearning stomach during a long bus ride to a more elaborate and substantial meal at a top-tier restaurant.

Northern Spain’s “galician” empanada, a much larger pie which is often sliced into individual squares, was brought to the New World by Spanish conquistadors several centuries ago. Latin America’s empanada gradually evolved over time to become what it is today; a mostly hand-held snack available in countless varieties which is almost indistinguishable from the original recipe.

In Colombia, the empanada is a palm-sized cocoon of crispy, turnover-shaped fried dough which envelopes a mixture of meat (usually ground beef, often chicken,) potatoes and onions. The empanada’s texture invites the use of sauces, as the liquids are able to seep and blend into the tender insides while being supported by the hard outer shell. A chili sauce called aji containing chili, tomato, 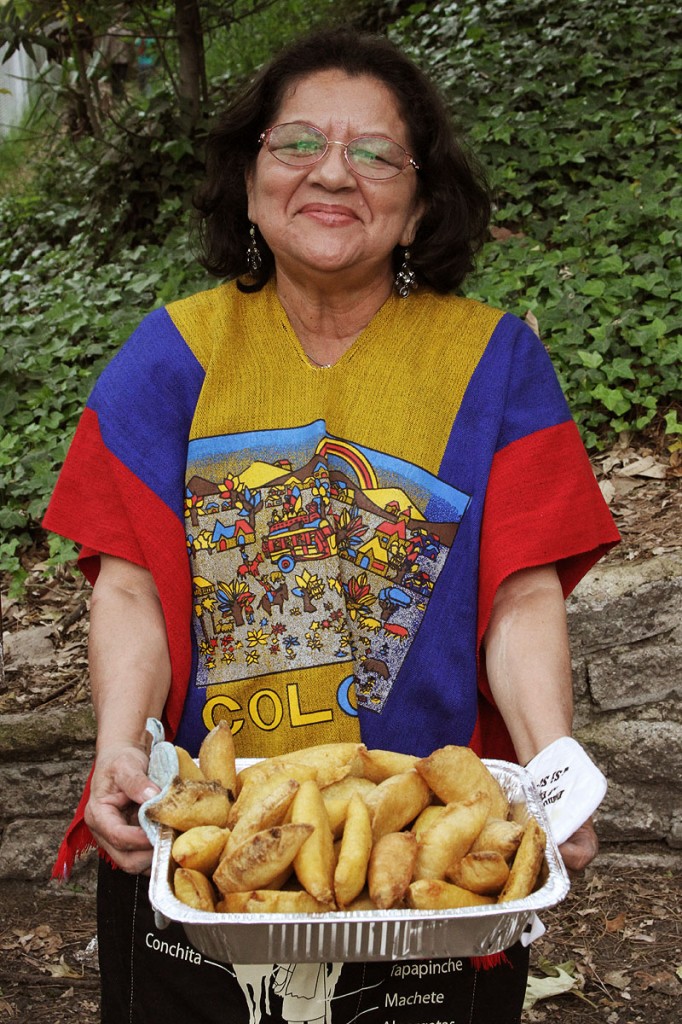 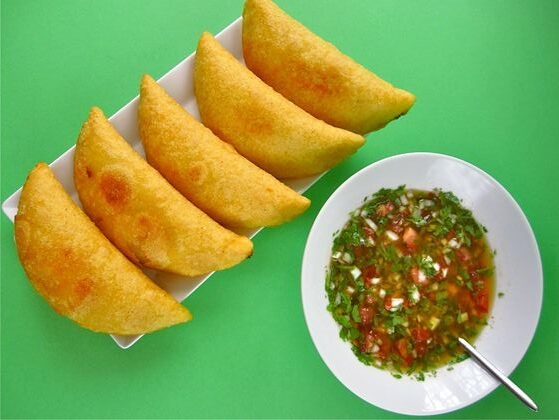 onions, cilantro and vinegar is usually preferred, with guacamole occasionally used as a substitute or alongside the hot sauce.

Colombia’s empanada differs from Latin America’s arguably most popular recipe, the Argentine variety, as the dough is fried as opposed to baked as well as being relatively smaller in size. Furthermore, Colombian empanada dough is made of a white or yellow cornmeal, as opposed to white flour. The cornmeal used is not the same as that on the bottom of your pizza, as it has to be ground more finely and is pre-cooked. The closest relative of the Colombian empanada is its Venezuelan cousin, a similarly fried corn flour recipe.

As with almost all Colombian food (or really all food everywhere), there is no universally-accepted recipe and certain areas of the country invariably prefer different local concoctions, which just means more for us to taste!

AN AREPA FOR EVERY MEAL